Another restaurant experience tonight. We had a gift card & went to Firebirds. It’s basically a vanilla’ed up, casual steak chain. I tried to order well but need to be less reliant on the existing menu. I thought my choices skewed according to program guidelines but what I got wasn’t as close as I though. The dressing on the spinach salad was way too sweet. The port mushrooms probably had some bad stuff in there too, though not tons.

I’ve already had lessons about needing to build systems so I’m ready to handle experiences. I remember when I had my mindset down for the normal week and was doing quite well. Then when we went out for a special occasion to one of my favorite restaurants, I went off the rails. Ordered anything I wanted. Tonight I was prepared for that & had some of my system in place. I skewed healthy with all my orders.

I figure that the healthy choices on a great menu will still be close to the tastiest items. Not too far off anyway.

So my lesson tonight was that I need to be very specific about what I order when I’m out. I can’t leave it up to the restaurant’s version of whatever the menu listing is. I shouldn’t have gone with the port mushrooms. I need to go all the way. Vegetables without sauce. Look for a bean option. And make sure the protein doesn’t have extra calories on it – even look for more lower calorie protein options.

Last night I worked late making some customizations to the site to support logging my daily activities.

With that done, I’m more mindful about what I’m going to have to be writing in for my daily log.

We had leftover Pizzicletta and I already knew I was going to be eating that today so not a major unplanned aberration there. We also hit Macy’s Coffeehouse & I had a 1/2 of a croissant and egg sandwich. And then we finished with dinner with the extended family at In-N-Out. Wasn’t super hungry so went with a protein style cheeseburger. And then did err badly with a vanilla shake. With Heather saying we’re starting tomorrow, figured I could go for one last fling.

Beyond that though, no problems at home though I could have deviated a few ways (dessert, soda, etc.). Again, I think knowing that I’m logging helped with making better choices there.

And one other thing that I’m interested in seeing is the way my stomach will respond with the upcoming dietary changes. I’ve also been having stomach issues for the past few days. Not sure if it’s a bug or if it’s just byproduct of my diet lately. I haven’t had the inclination to really go gluten free in quite a while but I feel ready now. We’ll see if my stomach issues disappear again (as they did in the past).

So this is supposed to be the first day of the new program & it didn’t go well. Had a brunch at my uncle’s where I made good choices. But then we headed up to Flagstaff where there is too much good food. The options we might have done where I’d have had more no/low carb choices didn’t work because of time/expense/fanciness. Did pizza at a place I’d heard was the best in AZ. It was great.

Basically I don’t have strong enough systems in place yet to handle this scenario. Trip to a different city where there are restaurants I love. Not great in-diet options that were cheap and casual enough for our whole crew (3 adults & 6 kids). Great, great food options that I’d always wanted to try. I cracked.

Need to work harder on systems/mental structure to help me make choices in-program in a scenario like this. 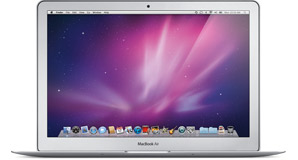 iMac to MB Air – how did this happen?

So right at the end of 2010, we went Mac. We got iMacs for the guys and I completely loved mine. It was fast. It was powerful. Had a 128 Gig SSD and a 1 terabyte secondary drive. It was beautiful. It was huge. It had a gorgeous 27″ display. I enjoyed using it.

A few years back Heather bought me a Mac Mini and I just couldn’t get used to using it. The big change this go around was that we made the transition as a company so we had company on the learning curve and one of our guys was already a Mac. A few pointers & questions answered over the course of a couple weeks made all the difference.

So I was happy as a clam with it but the problems started as I got more and more used to it. I had transitioned from a behemoth 17″ Dell Precision. It weighs about 70 pounds and is about 7 inches thick.

Well when I was out of the office, I still needed to use a computer. At this point, I was still trying to use my Dell. Carting it around everywhere just seemed to get more & more painful now knowing what I was missing – elegance, simplicity, minimalism. I’d also experience issues trying to connect to WiFi everywhere and my 120 Gig hard drive was pretty much full. So I pretty much got to hate it. Bizarre when I had been fine with it for a number of years.

To add insult to injury, Heather and I work for a couple, three hours every night after we put the kids to bed while sitting on the couch watching trashy reality TV. Working with the 78 pound, 13 inch thick laptop on my lap just pained the soul. I was also struggling with transition back & forth from Mac to Windows to Mac shortcut keys. 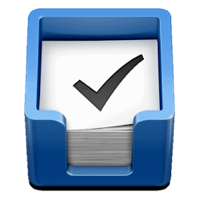 Things would only get worse though.

I always have a million things going and struggle to manage everything. Being at Gangplank, I was lucky to see that Derek Neighbors was doing a GTD (Getting Things Done) Gangplank Academy session. I’d made an attempt to get through David Allen’s book before & got partially there. Derek’s 2 hour presentation was exactly what I needed. I got the meat & potatoes of the philosophy along with some very practical, everyday workflow tips.

The program that Derek relies on is Things. It’s only a Mac program and it’s not cheap. I figured I would give it a shot and purchased it on my iMac. It was pretty much everything that I’d hoped for for years. I tried to use Google Tasks for years but the inability to schedule items out and record notes against them made it only partially functional. I don’t even know that I knew what was missing until I dug into Things.

So then the next issue arose. Things doesn’t have a cloud sync mechanism. I have an iPhone and an iPad but you can only sync them to your computer when you are on the same network. With Things becoming more and more integral to me, I missed the ability to have the full user experience at home and when I was out. Things has some killer shortcut keys that really drew me to it. While I like Things on the iPad and iPhone fine, the lack of the same functionality that I was growing to rely on bugged me. I still do use Things on the iPhone all the time to capture to dos.

So then it was at this point that I started thinking I needed a mobile Mac solution. I’d considered it prior to getting the iMacs as my workflow is a bit different from the guys. Being at Gangplank, it was also easy to see the variety of Mac options all around. I also noticed that it seemed that the MacBook Air was becoming more and more prevalent. I talked to a few of the Gangplank folks and only heard raves. I think I saw 3 transitions from the MacBook Pro to the MacBook Air while I was considering all of this.

So I decided to bite the bullet and I purchased a MacBook Air with my own cash. Not a company expense but a family one. The only way that seemed fair with this was to bring my beloved huge, beautiful, super fast iMac home for the family to use and for me to use the MacBook Air everywhere. So that’s what I’ve done.

So while I do miss that 27″ gorgeous screen on a daily basis, I’m happy as can be to have full Mac capability no matter where I go. Having Things always handy is critical for me. I also love the form factor of the MacBook Air.

I’ve also found a ton of other great things I love about the MacBook Air but that was pretty much how I finally made the transition from PC to Mac and then to the MacBook Air.

One of my challenges is that I always think I have more time than I do. I think that I will be able to get to more things than I will.

With that in mind, far too often, I save way too many things (my inbox is huge). Or I leave my browser up with tabs to be read or acted upon. I always, always suspend my laptop in the middle of everything when I bring it home so I remember what I’m working on and can start back up on the multitude of things I have going.

I need to be much more deliberate with my planning and execution.

I need to be better about being realistic with the time I have and only take on the things I should.

I am going to try something to hopefully help me with this.

I am going to do better at keeping an accurate list of things to do and going to make it a point to close everything on my laptop and shut it down when I’m done at work and heading home.

I’m not sure if this will have significant effect but I think it could.

Shutdown vs. suspend.  Will let you know how it goes. 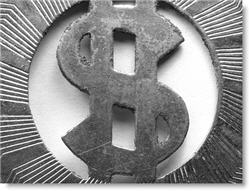 You need to make it easy for people to give you their money, subscribe to your blog, get hold of you, whatever…

Why do we have all these barriers preventing people from doing what we want them to? We spend so much effort getting them to a certain place…looking at our offerings, visiting our site, deciding to contact us. Then we don’t allow them to finish the process?

You don’t take online payments unless we do this & that & this & that.

Or your blog has no prominent RSS feed subscription link? Make your customers hunt & scroll to find it. Or you don’t have one at all. At least make it easy to find the URL.

Restaurants have websites with no hours on the site. No address, no phone number, no menu. Why????

Remember every step you put in between someone who is interested and actually enrolling them in what you’re trying to do is a hurdle to jump over. You lose people at every one.

I like to think of it as setting things up so it feels like people are riding a bike downhill. Let gravity or momentum just pull them along to the finish.

Enable yourself to succeed.