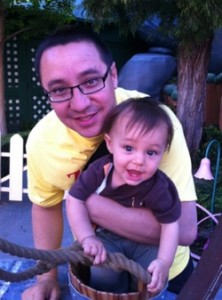 So just got back from vacation and it was wonderful. I’ll post some details of what we did and where we went in case it might help anybody else but the best thing about the trip had nothing to do with the locations or the activities.

The best thing about the trip was the chance to be able to spend time with the family. I definitely don’t get to spend anywhere near as much quality time with them any other time of the year.

I was able to be present for several 1sts by Hayden, our 9 month old. That was very, very cool.

So neat to be present for these things. 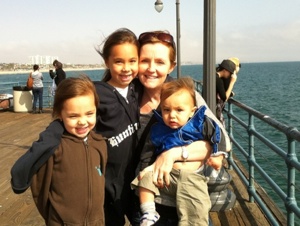 Then it was fun to see our funny, little, quirky girl, Sienna, throughout the trip. She talks so well now. She acts so grown up too. She even plays the role of a cop with her sister. She said so many funny things over the course of the vacation. Just continues to endear herself more and more to us. Just love her quirkiness.

And then it was a good bit of parenting with our oldest. Don’t get me wrong. She is a wonderful kid but we have super high expectations of all of them (and especially her with her being the oldest) with regard to manners, being polite, interacting with strangers, listening, etc. It was good to have consistent time with her without the affect of school peers. Made some great strides with that bit of sassiness and the lack of listening that seems to creep in when these kids they hit school. She really seemed to get back more to her self of old and even seemed to be proud of it when we talked about it. With the work on manners and such, she definitely has grown dramatically in other areas. She was a wonderful big sister and a big help. Then she’s really becoming a food nerd herself. She eats everything and really enjoys it. Couldn’t get her to stop bugging us to do Korean BBQ again. She was even ready to leave Disneyland after 2 rides as long as we’d be going back there. And when I asked her what her 3 favorite things on the trip were, 2 of them were meals (in addition to the Bellagio fountains). They were only supplanted when I inquired about the beach and Disneyland.

Then of course, it was awesome to get to spend time with Heather. She is such a great mom, great wife and a great lady. We really had so much fun with the kids.

And then of course, there was the food…