I’ve been running non-stop the past few weeks & it’s hard to take a second, step back & appreciate things but I figured I might as well mention a couple things.

First of all, we sold our house!

So we rented it again. After a few months, these folks had some differences so they decided that they wanted to move out as well.

We put the house back on the market again and also listed it for rent. Again, the market had gone up significantly & some houses around here had sold for great prices. Still didn’t get anything at our first price. Dropped it a couple times. Got some interest and some good rental applicants.

We eventually got a lease/purchase offer – though it would be 6 months out. With that number, we’d have made a bit of money but there were still risks with the deal.

At the last minute, we got another inquiry. And it was from people we knew from the past. They are investors and were looking to renovate it & flip it. Well they did makek an offer and it was a cash one. Unfortunately it was pretty low and we’d have to eat a significant chunk to make it happen. We countered & voila! They accepted.

We might make a few bucks but nothing significant. The good news is that we are able to get out and won’t have to pay anything out of pocket. As we bought that house to live in at a time when the market was up, it was tough if not impossible to cover the mortgage with rent so we took a loss every month.

No more! We’re out! One less stressor to worry about (keeping it rented, upkeep, etc.) as we try to simplify our lives.

We are pretty psyched.

Better Put a Ring On It 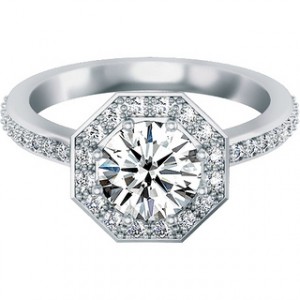 And then another really cool thing happened this weekend.

My mom’s boyfriend is a great person and a good guy. We all really enjoy him and think he’s great for my mom.

Well, he had our whole extended family over to his house in Sun City on Labor Day for a BBQ. It was a good time & the highlight was that he dropped to one knee & proposed to my mom with 9 kids aged 9 years or less surrounding them hooting & hollering.

She said yes so it was very cool. Very excited for my mom and for him.

I’d say that was a pretty good weekend.