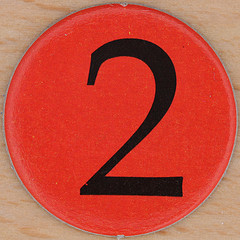 Time to make another push.

I started trying to work myself into shape sometime in early 2011. I focused on my diet and went on a protein sparing modified fast.

In addition to that, I started running and training for a triathlon. I worked out most every lunch hour. Did a variety of running, weight lifting (basic compound movements), swimming and biking. I was able to finish my Olympic triathlon last September and was happy with it.

The past year since the triathlon.

Since then, my diet has been pretty good and I’ve kept up with workouts. I’ve done a lot of running and have improved at a very gradual rate. I’m still slow & still have a long way to go.

I’ve been stuck around 200 lbs for a while though. I haven’t been super strict with my diet but I was never too militant about it. That being said, I’m wishing to make some more significant progress.

Funny enough, a bunch of events in my life have seemed to come together to get me to commit to a concerted effort.

With all of these together, I was ready to commit to taking it to another level.

The book , Why We Get Fat, basically details scientific arguments that obesity is caused by the consumption of carbohydrates. Will talk more about that at some point.

And then my wife came back with a cup of Bulletproof Coffee from my sister one morning & I tried it & actually kind of liked it. A couple days later, we made it ourselves & for some reason (I’m guessing the fat content of the coffee), I didn’t feel the pull of my typical sugar cravings in the afternoon.

Finally finished the book & decided to give the no/low carb thing a try. My wife is on board so here we go.

Will let you know how it goes!