So had a dose of dramarama today… 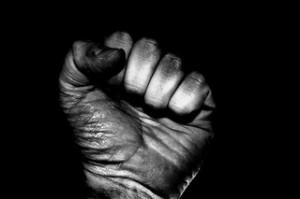 We went to church as we do on Sundays and my mom & her fiance asked us to come have breakfast with them over at Chances on 6th. It’s a restaurant/bar that my mom has been going to for 20+ years. It’s a popular hangout with the more mature folks. They go there to dance & on holidays. She’s brought us & the whole extended family a number of times. They do karaoke & have a dance floor and the kids go crazy.

Well they also have a $5 Sunday breakfast special that my mom & some of the rest of the family often goes to. We hadn’t gone yet so we decided to join them this day. My cousin & her 2 little girls also decided to go. So we had a party of 10. Throughout the meal, my mom kept talking to other customers as there are a bunch that go over there from our church. She’s known some of these people for 40–50 years.

Well at one point, the kids all make it on to the dance floor & start dancing & playing & even running a bit. They were making some noise and I was getting uncomfortable about and then the manager went up to them & talked to them. We called them back & I asked what she said. They said that the manager said there was no running but they could keep playing & dancing. We sat the kids down for a while nonetheless.

Now this place is divided into a pretty big bar with a good number of people sitting around it and the section where all the tables are (where we were and lots of the other folks my mom knew).

A bit later on, the kids made it back on to the dance floor and were playing & such. They were making some noise but they weren’t running. I was a bit uncomfortable with it as I didn’t want them to bother anybody. But the manager seemed ok with it and I know my mom brings her grandkids there every once in a while and the owner seems to like them.

Well this guy gets up off his barstool and leans over the mini-wall separating the bar area from the tables and starts yelling that we need to control our kids and “this is a restaurant!” Whatever. They had been given the ok by the manager but whatever. Heather says I guess that is our cue to leave. My mom gets pretty pissed off and decides to go over and give the guy a piece of her mind. Oh no…

So she goes over there and then he gets up off his chair and starts towering over her with his face inches from hear face leaning into her and yelling at her.

So I get pissed. I mean I get that the kids might have been bothering someone & maybe we should have left or calmed them down more but it’s my mom’s place, not mine. But a man (a large man) starts physically intimidating and threatening a woman – in her late 60’s? That’s BS. And my mother? Nah…

So as I started seeing him getting aggro, I quickly made my way over there and started yelling at him to back up off my mom. Saying I don’t care what he has to say but this is not acceptable. He is not backing up so I reach over her and push him back off her and step up. He starts yelling at me so I say let’s take this outside. Not a great moment. He’s a good bit bigger than me but he was old. Not frail but he was old. He says ok & then my mom & Heather & some of the others start pulling me away. I’m fighting to get to him but I kind of give in as I realize it’s stupid.

My mom goes back up to him to give him a piece of her mind & he starts leaning in threatening her again so I freak out & redouble my efforts to get free of the people holding me back but then my mom sees me coming & comes back to me. Everybody’s crying & freaking out. I don’t think I got close enough but I should have hit him right then.

As they’re pulling me back, he’s being a complete douche smiling & waving.

I decide to let it go & then Heather starts freaking out. “Where is Hayden!!!! Where is my son!!!”

We all break & start running around looking for him. Checking the other rooms. Heather is freaking out. The others are freaking. I’m still pretty calm & thinking we’ll find him. He’s here somewhere. I race to check another back room & the bathrooms (which my cousin said she’d already checked). Then I’m heading back out & still no sign & now I start to freak out a bit. It’s been a couple, three minutes by now.

And then Heather yells “I have him!” Rotten kid was hiding under a table in the dining room. So we all head out and I’m still fuming. I really wanted to go back inside now that everybody was gone but I let it go. Still bugs me now.

Kind of crazy. We find out later that our middle child went to her cousin (older by a couple years) & buried her head in her chest & asked her to cover her ears. Guess she was pretty scared. And I’m not sure why Hayden hid. Maybe he was scared too.

We talked to the kids a bunch after this & wanted them to take a few things away from it. The big thing is that we always stick up for our family no matter what. We also wanted them to know that it is not acceptable for a man ever to hit or even threatedn a lady. That should not be behavior that they think is acceptable, ever. And then, we wanted them to know it’s bad to fight and always better to walk away. Told them that people can get thrown in jail for it. If I’d hit the man, I could have gone to jail. I also told them that if the man hadn’t come up on grandma and they were just arguing a bit, I wouldn’t have gotten involved. I could even see his point of view even if he was a jerk about it. No reason to get into a fight over that. But the disrespecting and physically intimidating a woman, especially an older woman, was completely unacceptable.

Crazy start to a Sunday.