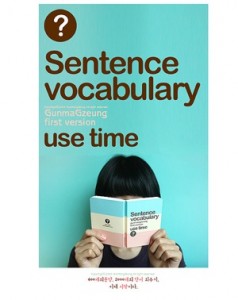 If ‘the voyage of the best ship is a zigzag line of a hundred tacks,’ then it is more genuine to be present today than to recount yesterdays. How would you describe today using only one sentence? Tell today’s sentence to one other person. Repeat each day.

Today I cranked at work, came home, ate and played with my family, waited for my wife, wrote and went back to work (at home).

I’m not sure I get this one. I’m also not sure that the picture has anything to do with anything. 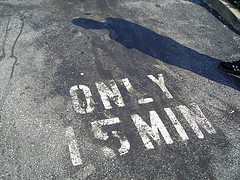 Ok, here is my first foray into the #Trust30 project (a 30-day prompted online writing challenge that encourages you to look within and trust yourself).

I found it through the 2 local representatives (@jmoriarty, @tdhurst) involved with the folks behind it – @projectdomino (Seth Godin’s new publishing venture).

As it just started yesterday, check it out and jump in! More at http://ralphwaldoemerson.me/

The first prompt (yesterday’s) is 15 Minutes to Live by Gwen Bell.

You just discovered you have fifteen minutes to live.

1. Set a timer for fifteen minutes.2. Write the story that has to be written.

Write the story that has to be written. What does that mean? Write my life story? Who cares about that? Some great memories. Sure it’d probably be nice for my kids to have some stories to tell. Maybe a couple highlights. I’ll start there & then figure out what to do with the rest of the time.

Grew up in AZ to a great family. Amazing, amazing mother and father. Wonderful sisters. Nothing out of the ordinary really. Guess one thing to remark upon that came into play later is that growing up I worked at my dad’s restaurant, the Glass Door, which was absolutely stellar. I’m sure it contributed to my food obsession later in life. Went away to college in DC. Nothing really to say there except that’s where I started playing volleyball – one of my passions.

Came back after college, worked & played more volleyball. Eventually moved out to Huntington Beach years later for work and more volleyball. Discovered how much I really loved sand volleyball and how much better of a game it was for me. Also started paddling outrigger canoe out of Long Beach toward the end of my stint there.

Eventually decided to move to Hawaii. I cut my pay in half & made the move. The main motivation was to paddle outrigger canoe there. I also am a huge Hawaii fan. Really, really enjoyed the island. So beautiful. So love the ocean. After a bit, moved to Oahu back with the previous company to have my cake and eat it too. Over doubled my salary again, I was still in Hawaii (Lanikai no less) and I was still going to paddle. Moved about 75 yards away from the beach the best men’s canoe club in the world paddled out of and joined. Of course nothing turns out like you expect. With the extra cash came extra responsibilities and I was back to my pre-Kauai routine of 12-14 hour days. Only made 1 practice. No eating the cake too. I again absolutely loved the island. So beautiful. And it also filled my need for great food and a bit more stimulation, mainly food. Found so many wonderful places to eat. And then I met my wife.

I had come back to AZ for my sister’s wedding to a wonderful guy, an Aussie. I’d met him initially on Kauai and thought to myself “this guy is even nicer than me”. Once upon a time I was really, really nice & quite sensitive. That was before I, by choice, toughened up. (Sorry Heather) Well I came back for the wedding (actually it was their 2nd wedding as the first was a quickie Vegas job I attended where I brought leis from Hawaii – I forget just how much I love Hawaiian leis) and met my wife. She happens to be my brother-in-law’s sister.

It was pretty much infatuation at first sight for me. She was beautiful, cool, fun and just a great person. She’s was it. Even with the heart of stone, I think she’s made me cry 2 of the 3 times I can remember crying (other than sports movies) in the past 20 years (once as she was walking up the aisle toward me and another worrying about her after the birth of our first). I think the 3rd time might not count specifically toward her as it was at the birth of our last and it was just the whole event and the joy of meeting our unknown child that was so moving.

She’s another Aussie of course and unfortunately she had brought her boyfriend with her. I found out soon he was going to ask her to marry him on their big US trip. After I found out, I was wrecked. Had a conversation with my amazing mother & amazing sister and decided I might as well go for it. Used everything at my disposal and closed the deal in 9 days. There is a wonderful series of synchronicities that I love but it’s not going to make this 15 minutes. She went back to Australia, sold her house, quit her job and moved to Oahu. We had a great series of months before we decided it just made sense to head back to AZ where my family and her brother were.

Headed back and lived with our siblings for a good while and played quite a bit of golf with my excellent father. Great times. Finally made the decision and asked Heather to marry me. I still remember the day. It was a great one making mai tai’s and hanging out in the pool. I used a little magic trick in the proposal – it was a respectable one. She said yes and the family came back to party. Another excellent day.

Somewhere along the line I started working for my sister at CSI. Made arrangements for the wedding and headed back to Australia to tie the knot. Had a wonderful trip with her lovely family and really grew to love Tasmania and her family. Also had wonderful stays in Melbourne, Sydney and Queensland.

Came back and started life. Continued to grind away at CSI. Bought a house and found Chowhound. Now I’ve always had a major passion for food and felt a bit let down in Phoenix after living in Washington DC, Orange County and Hawaii. Chowhound opened up my eyes to a ton of wonderful Phoenix places with great food and character. Really made Phoenix so much more livable for us. It also started introducing us to some of the food nerd community that would eventually become many of our friends.

As social media came about, I took interest in that early on and it became another of my passions. I loved the way that it helped create community. I felt more connected here than ever before in my life. That’s just continued to deepen as time has gone by. I found communities of folks with similar passions (food, social media, technology, business). And I really enjoyed it – and the technology.

Somewhere along here came our first child, Marina. She is a wonderful girl. Smart, talented and good hearted. The years of learning about raising a child were so great. I definitely haven’t looked back on them as much as I should. We were so worried back then. I loved our first house during those days too. Small, comfy, ours.

At some point, we figured a way to move over into my old neighborhood (3 houses down from my Mom, the house I grew up in, and 7 housed down from Jen & Stu). We loved the new house for it’s extra space and it’s open vibe. Heather loved it for it’s pool. I realize I’ve left out mentioning Heather’s first dog. She came with a dog. I’m not a huge dog person, stems from having allergies my whole life. That dog, Nina, though was amazing. I loved her dearly and still miss her. Somewhere in here, she stared to get old and we got a puppy (another German Shepherd) and she has turned into  a wonderful dog.

Next came our 2nd child, Sienna. We had such a blast with her growing up and I was able to be so much more at ease. I thoroughly enjoyed those early years (my favorites are those from around a year to year three). She turned out to be a very gentle, caring, considerate, sensitive girl. I didn’t expect it as in the beginning, her nickname was “The Destroyer” because she was tough as a rock. That’s only on the outside though. She has turned out to be a lovely girl.

And then recently came our last child, Hayden, a boy. He is amazing and I was surprised at how excited I was to have a son. I didn’t think it mattered at all and it doesn’t really but it is still quite fun. He is wonderful and has such a great nature. I also love his boy-ness. He’s so solid and strong.

And that is my life. I work a lot and love my company, my business partner, my colleagues. But the main thing in my story that had to be written is my family. I spend most all of the time I’m not working with them. We’re all together all throughout the weekends and we sit down to dinner every night. We go out for coffee. We find great places to eat together. We’re hiking now. We go on vacations together. We don’t do very much apart. I have a great wife and a great family. That’s the biggest part of who I am.

It’s pretty enlightening to see just how much didn’t make the story.

I’ve also failed this exercise because I’ve gone way over my 15 minutes (about double). I’ve also just written about my life. I don’t know that I intended to do that or would necessarily want to spend my last 15 minutes doing that. I think I planned to spend 5 or so doing that and use the other 10 for something else. Maybe conveying some thoughts or some wisdom that was going to pop into my head. Didn’t happen though. I guess that’s part of who I am. I’m a creature of momentum. Sometimes it’s hard to get me rolling but once I am, I just go.

So there it is. That’s my first effort for the #Trust30 initiative. No words of wisdom, just a bit of narrative of what stands out to me and what I hold to be important.

Image credit: Andy Warhol says we get by Earl – What I Saw 2.0 on flickr