I just had an experience with Altra support that was so remarkable that I had to comment on it.

I had a number of customer service interactions over the past few days and the very different levels of service by each company provided such contrast to the experience I just had with Altra that it made that interaction stand out boldly!

So what happened with Altra that was so great?

Well, I’d done a couple runs in the shoes before I contacted them and other than the weird bump in the midsole and I really liked the fit. I do like the whole zero/low drop thing so I like the philosophy of their shoes.

I just never expected to have such a positive experience with them. But right now, they’ve really stood out over pretty much every company that I’ve had recent interaction with.

I’m definitely going to look for ways to find shoes of theirs that work for me. They definitely are doing some things right over there!

Things had been going pretty well and then BAM!!!! 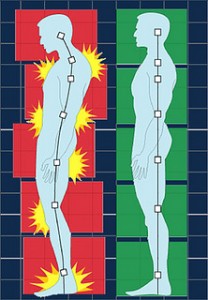 Out of nowhere, my lower back went out. I’ve fought this for years and have a pretty good routine for keeping it at bay. I realized that the warning signs were there but I didn’t pay enough attention.

Anyway, I’m pretty sure I was getting more and more dehydrated because of my current diet and foolish things I was doing, I did a simple workout and boom. My back siezed up.

As far as my workout, it wasn’t anything crazy. In fact, I thought I was playing it safe as I knew that my body was reacting differently while on this diet.

I did a slow 2 mile job on the treadmill, a couple of sets of bench press, 2 sets of pull-ups, 2 sets of bent over rows and 2 sets of seated overhead press. I used low weights (per my normal routine) on all of these so figured I was safe. I purposely didn’t do squats and deadlifts as I didn’t want to court any back issues with the modified diet.

No standout event. No injury. Just when I was stretching afterwards, I felt the the start of the familiar lower back spasms. Noooo!!!

Whenever this happens, it takes me a week or two to get back to normal so it’s always very frustrating. In hindsight, my chest and back were pretty sore so the exercises really did test my muscles. I hadn’t lifted in a couple weeks and I think the diet left me affected more than normal. I know that on this diet that my heart rate is up when I’m doing endurance activity so it’s not surprising. I’m also thinking it was the bent over rows that did the job. I’ve since detected a couple of trigger points in my lower back that make me think that was the culprit.

So the lesson for me here is that when you are on any type of altered diet program, you have to be doubly, triply, quadrupley careful with your activity to ensure something you normally do doesn’t trigger anything.

Image credit: Posture & pain by Dreaming in the deep south 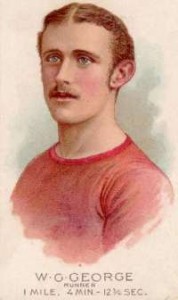 So I’m a huge, huge fan of Born to Run. It is one of my favorite books ever. I really enjoyed the subject (barefoot/minimalist running), it had thoroughly engaging stories, I learned a ton and I enjoyed the science he presented. I’d recommend it without hesitation.

Since then, I’ve read a bunch more books on minimalist running (Tread Lightly, Running with the Kenyans, Running Technique, Anatomy for Runners, etc.) and I really believe in the philosophy.

I happened to come by a great article in The New York Times by McDougall (the author of Born to Run) yesterday called The Once and Future Way to Run.

It was on “barefoot running”, mentioned of lots of the guys doing great stuff in this area too (Peter Larsen, Mark Cucuzzella, Daniel Lieberman) and is an interesting read.

The main thrust of this article is that McDougall found a very old, very simple technique to help train proper running form. It is called the 100-Up.

One of the things in the article that I almost missed was a video demonstration of the technique. You might miss it but you can a video of McDougall demonstrating the 100-Up himself at the top of the post.

You can see another view here:

Basically it is a very simple technique that W.S. George came up with in 1874.

When he came up with it, he was a 16-year-old chemist’s apprentice in England and could train only during his lunch hour. By Year 2 of his experiment, he was the fastest amateur miler in England. By Year 5, he held world records in everything from the half-mile to 10 miles.

In George’s words: “By its constant practice and regular use alone, I have myself established many records on the running path and won more amateur track-championships than any other individual.” And it was safe, George said: the 100-Up is “incapable of harm when practiced discreetly.”

If you do a bit of Googling, you’ll see a number of articles mentioning this technique and there are even a couple sites devoted to it (HundredUp.com and 100up.info).

As far as what the 100-Up is, the easiest way to understand is to take a look at the video. I’ll give you a couple of points here if you’re not convinced to watch it yet.

If you haven’t yet, I’d urge you to take a look at the video. It’s very short and the exercise is very simple but I think it has a lot of merit. 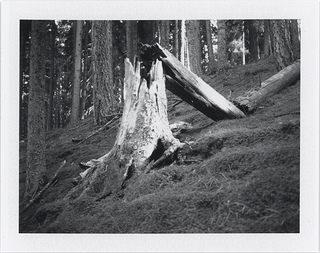 It Had To Happen

I’d heard stories of it from my friends who ride & kind of laughed at them in the back of my head.

I wouldn’t say that I never thought it’d happen to me but I wasn’t ready for it tonight.

I just now had my first clipless pedal timber experience…

Of Course There Are Reasons!

That’s what I’m saying to myself anyway…

It’d been a good while since I’d ridden.

(aff link) by Chris Brogan and Julien Smith which though I figured it would be good has in the first few chapters already blown away my expectations).

So I rolled up to a stop at the stoplight without any concern. And then….. Oh crap!

My feet are locked in & not coming out!

I love my pedals btw (Speedplay Light Action) and my shoes (Specialized Comp Road) and I cannot blame them in any way. This was all me, baby. 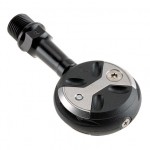 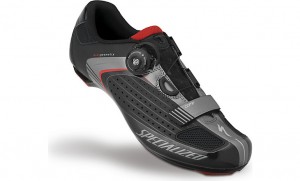 So I realize that my feet aren’t coming out. My brain isn’t working fast enough to prevent this.

So I resign myself that it’s going to happen.

I see there are 2 cars pulling up at the light to my left. Nobody close to me. Nobody coming fast. So no imminent danger.

I very slowly topple over on to my left side breaking the fall with my knee, elbow & hand/wrist. It hurt a bit but not as much as my pride.

I didn’t look over at the cars (though in hindsight, I probably should have as it wouldn’t have hurt to let them have a bit more amusement at my expense).

I snapped my left foot out (lying on the ground).

I stood my bike up – still ignoring the 2 cars to my left who had to have seen the whole thing.

Waited for the light to turn green, then snapped my shoe back in & cooly rode off.

Image credit: 201207 28 Eternal resting (can you spot her?) by Marian Rainer-Harbach on flickr 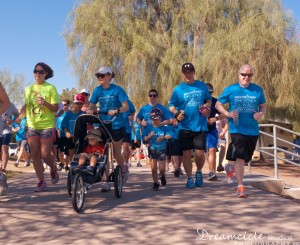 I’ve always been looking for something that would help me post more regularly. I think I’m going to start including some posts about my fitness journey.

I’ve gone up & down in fitness and in weight but have been doing pretty well over the past year. I’m down about 25 lbs, feeling stronger & just better in general.

Over the past few months I did my first triathlon (the Olympic distance at the Nathans Tempe Triathlon), a Splash & Dash and then over the past few weekends a 5K with my 5 year old daughter & friend(Lungevity 5K) and a 10K with my sisters and wife (the Phoenix 10K). Now I’m not fast by any means, especially when it comes to running, but training for and participating in these has become a very cool thing to do with Heather and the kids.

Over the past year, we’ve put some pretty neat habits in place. We often go for a run with the kids on Saturday mornings before the weekend gets crazy & then we often go for a leisurely bike ride with the kids & as many of our friends & family that we can bring along. We’ve been upwards of 9 or 10 a few times with a possibility of 17.

I figure I’ll start sharing some of the things I’ve learned along the way and the things that keep me going in the hopes that it might help somebody else! 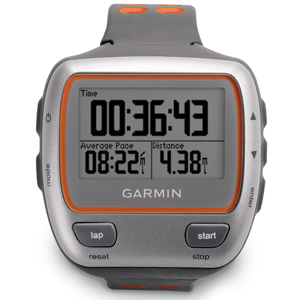 So first of all, when I swim, bike, run, I do so with heart rate being a measure that I train to. I subscribe to the Maffetone method (basically 180 – your age being your maximum aerobic training heart rate – good summary by 6 time Ironman Kona champ, Mark Allen).

I’ve been having some problems with it spking when I first start my workouts for a month or so. I was wondering if it was me and my heart rate was escalating rapidly when I didn’t take the time to do a good warm up, or if the batteries in my HRM strap were going or if there was something else wrong. After googling a bit a while back, I started to think the problem might be caused by static electricity from tech shirts. I’d read that could be the problem and in line with those articles, my heart rate typically dropped back down as I got sweaty and the wetness trumped the static.

Today, I verified that this was certainly the case in my situation.

I had a tech shirt on and as it had gotten remarkably cold today, I was also wearing a tech jacket. When we started the run, my heart rate zoomed up to 230+ and I wasn’t running hard at all. I’ve gotten used to the spiking at the beginning of workouts but I’d never been near this. I walked and ran a few times without much effect & then I took of my jacket. When I did that, my heart rate immediately dropped to 180/190. That was a pretty good indicator for me. Continuing to run, I pulled my tech shirt up and held it above my pecs. My heart rate dropped straight down to 130/140. I even pulled my shirt off for a bit and it remained low.

I didn’t want to run without a shirt the entire way so I put it back on and my heart rate jumped back up to 180+.

All the while, I’d been running at the same slow pace that I typically can do and keep my heart rate below 140.

It also makes sense that this is getting worse as we move into winter and the air gets dryer. I think for me that it’s back to cotton shirts. I also read that spraying your shirt around the heart rate strap area with Static Guard can prevent the issue. Going to give that a try.